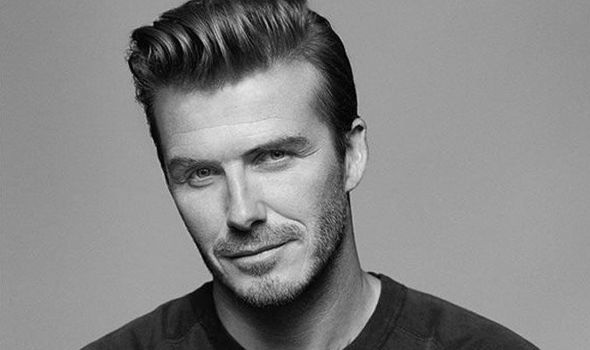 According to the Richest:

A few years ago there was a commercial on television which showed actor Charlie Sheen driving a car through his house. At the end of the commercial he looks into the camera and states “I love house arrest.” What millionaire would not love it? They can afford homes that are unlike anything imaginable to the vast majority. Pools, spas, game rooms, and ocean views are all a part of what makes million-dollar homes so exciting. Make no mistake; many athletes have some amazing mansions. In fact, sometimes they own more than multi-million dollar estates.

To his Tampa Bay neighbors, Yankees shortstop Derek Jeter’s home is known as “St. Jetersburg”. When driving through the neighborhood, one would never expect they were about to drive past a 30,000 square foot mansion owned by one of the best baseball players in recent memory. Jeter’s home is the ultimate example of a bachelor pad. It boasts seven bedrooms, nine bathrooms, a spa, a pool, two separate three-car garages, and multiple yacht decks. St. Jetersburg is valued at $12,000,000.

Chris Bosh is the NBA’s connoisseur of million-dollar mansions. Not only does he own mansions in Florida, Texas, and California; but all three of them are in the top ten of the most expensive homes owned by a current professional basketball player. His most expensive of the three is his $12,500,000 mega-mansion located in Palisides, California. The house measures 10,775 square feet and includes six bedrooms and eight bathrooms. It is also fitted with a custom in-house movie theatre, a billiards room complete with its own full sports bar, an ocean side viewing deck, and a full-sized basketball court. Due to his current contract with the Miami Heat, Bosh does not even live in this home. He resides in his Miami mansion during the season and spends the offseason in his home state of Texas. He is currently renting out his California residence for an astonishing $40,000 a month.

Anna Kournikova lives in a 20,000 square foot Miami Beach mansion. She purchased the house for $26,000,000 with her long-time boyfriend Enrique Iglesias. Naturally, the home has its own private tennis court. It also has a pool, spa, and a speed boat deck. This home lies in one of the most exclusive neighborhoods in the United States. Kournakova and Iglesias are neighbors with Cher, Lil Wayne,Ricky Martin, Rosie O’Donnell, Gloria Estefan, Billy Joel, and Matt Damon. This particular street is known as “Millionaire Row”.

Michael Jordan originally listed his home for $29,000,000 before he took it off the market. Jordan’s mansion is 56,000 square feet and includes nine bedrooms, an NBA sized basketball court, a weight room, pool, and a tennis court. He also has three separate climate controlled multi-car garages and a three-bedroom guest house. He ended up taking his listing off the market because he could not find a buyer at the price he wanted. It is a bit of a tough sell since it is located in Chicago, Illinois and not some tropical paradise such as Florida or California.

Preview Chicago thinks this is now at a sellable price. So, it probably won’t be Jordan’s for long.

San Francisco 49ers Hall of Fame quarterback Joe Montana is currently asking for a $35,000,000 check for his Napa Valley home. The estate is a 9,700 square foot Mediterranean style mansion. The home is complete with equestrian stables, a skeet shooting station, full olive farm, private pond, swimming pool, basketball court, and a bocce ball court. “Villa Montana” as it is called, sits atop a hill overlooking the California wine country. According to Montana he “can’t think of a better expression of art, architecture, and celebration of California’s wine country and equestrian life than Villa Montana.”

David Beckham and his wife Victoria recently purchased a four story mansion in the heart of central London. The couple paid $39,600,000 for the property. They are currently in the process of doing $6,600,000 worth of restorations to the mansion which was constructed in the 1880s. These renovations include a catwalk, full nail salon, secret entrances, and underground tunnel which will lead in and out of an Oriental-style garden in the backyard. The home measure 9,000 square feet and has eight bedrooms and seven bathrooms. It has come to be known as “New Beckingham Palace” around the United Kingdom.

Tom Brady and his wife Giselle Bunchen just recently sold their home for $40,000,000 to Dr. Dre. They have taken that money and are beginning to build their dream home. The Boston property has already been built and the finishing touches are being installed. These touches include a spa, five bedrooms, four bathrooms, a pool, a library with a walk-out balcony, a yoga studio, a wine cellar, and a race track for motor vehicles. While they wait for the mega mansion to be ready, they are currently residing in a “modest” $14,000,000 apartment.

Golfer Greg Norman is currently asking $65,000,000 for his home in the most exclusive neighborhood in the United States, Jupiter Island in Florida. Norman purchased the home in 1991 for just $4,500,000 and has seen the real estate prices in his area sky rocket. The mansion features four bedrooms, a 17 car garage, tennis courts, pool, and an ocean dock. That of course is not to mention all the standards one would expect in a mansion such as a gourmet kitchen, library, and wine cellar. He also has a two bedroom guest house. He has set up a putting green, sand bunker, and 80-yard pitch shot course on his 5,500 square foot west lawn.

Tiger Woods is also resident of the extremely wealthy Jupiter Island neighborhood. Following his divorce, Woods renovated his Jupiter Island estate into his ultimate bachelor pad. He installed his very own 3.5 acre golf course complete with four greens, a wedge range, and different types of turfs to simulate different conditions. He also installed a full-sized tennis court, an oxygen tank room, a full gym, and multiple swimming pools. Prior to those installations, Woods purchased the home for $54,400,000. Those various upgrades put its value between $65,000,000 and $70,000,000.

All of these homes are great examples of what a superstar athlete can afford. Preview Chicago is always updating celebrity athlete homes.