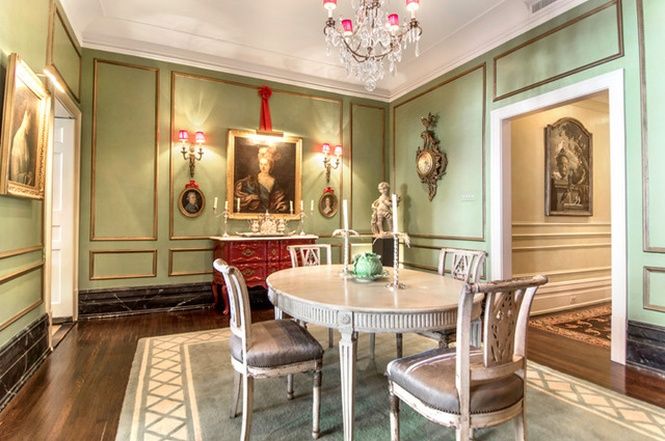 Alright so the Gold Coast is obviously known for its lavish…everything…,but this mansion is even more extravagant than most properties in the neighborhood. Designed by architect L. Gustav Hallberg Sr. and built in 1886, this Romanesque mansion was once split into several separate units. In 1998, it was purchased and renovated back to a single, opulent residence, and is now for sale at $8.75M. The decadently finished home includes six bedrooms, nine-and-half baths, ten fireplaces, a large rear terrace, and a four-stop elevator.

Here’s what Curbed Chicago had to say about it:

According to Crain’s Chicago Real Estate Daily, the property was reportedly for sale as a pocket listing earlier this spring during which time agent Jennifer Ames declared that the home would not be appearing on Chicago’s Multiple Listing Service (MLS). This afternoon, however, it appears those plans have changed as the nearly 10,000-square-foot home popped up on the public market.

The new listing provides plenty of pictures of 1441 N. State Parkway’s previously mysterious interior —complete with lavish wall-coverings, detailed millwork, fine art, and canopy beds galore. The price remains unchanged at a whopping $8,750,000. After all, they don’t call it the Gold Coast for nothing.