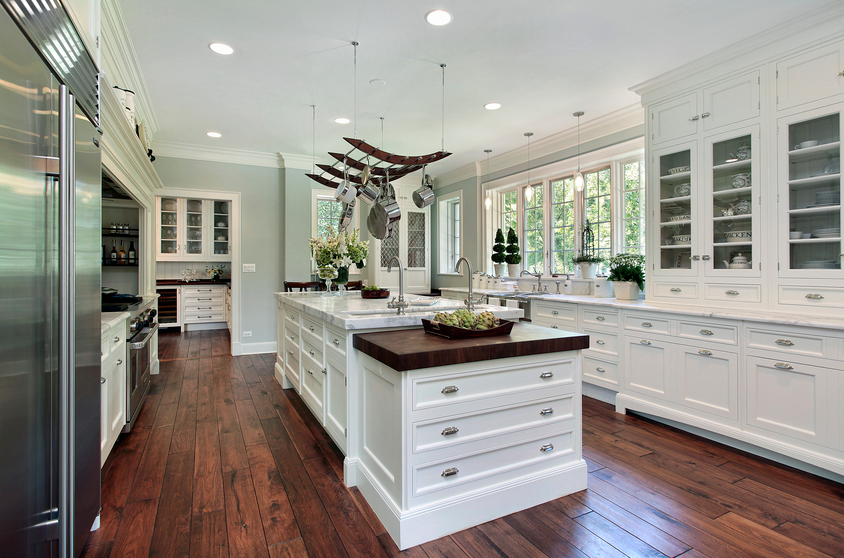 Best Buy poured $20 million into its 43 Chicago-area stores this year, giving an overdue face-lift to one of its oldest markets and adding several new features, such as high-end appliances and professional-grade cameras, that the electronics giant hopes help it stay relevant amid stiff competition.

Best Buy, the nation’s largest consumer electronics retailer with more than 1,000 stores, is in the midst of a plan to tackle declining sales and shrinking profit margins. The retailer plans to reduce costs, improve supply chain efficiencies, and ramp up the in-store experience to give shoppers a reason to shop at Best Buy instead of Wal-Mart, Amazon.com or tech stores from Apple or AT&T.
The Chicago market, which represented Best Buy’s first expansion into a major metro area in the early 1990s and has one of the retailer’s densest store counts in the country, is the only one to have all of its stores remodeled, the company said. With the retailer focused for many years on expansion, some Chicago stores still had their original 1990s fixtures.

But new carpet and brighter lighting aren’t the only changes.

Appliance assortment, which Best Buy in the past barely showcased on the sales floor, has tripled in some stores as the company strives to remind customers that it sells dishwashers and ovens, and goes to battle with competitors like Sears, H.H. Gregg and Abt Electronics, said John Curley, Best Buy’s Chicago district manager.

To entice shoppers, stores in Lincoln Park and Orland Park became the first in the country to feature 6-foot-by-8-foot Samsung Center Stage touch screens where shoppers can pull up specs and test washing machines and refrigerators against different decor, swiping images on the digital screen much like a CNN anchor on election night.

It has added Camera Experience Shops to stores in Downers Grove and Schaumburg among 36 nationwide, where it offers almost triple its regular assortment of cameras, including dozens of high-end digital SLR lenses, aiming to cater to photography fans or professionals left in a lurch as many dedicated camera stores across the country have closed.

With 69 percent of shoppers saying they buy consumer electronics online, more than any other category, according to a Walker Sands survey, Best Buy is trying to leverage its associates’ expertise and the ability for shoppers to compare across brands.

“As technology gets more advanced, having that associate on the floor to answer your questions becomes all the more important,” Curley said.

With sales of CDs and DVDs, once Best Buy’s bread and butter, atrophying as many people buy their music and movies digitally, the retailer has had to explore other avenues for growth. Revenue was $8.9 billion in the most recent quarter, down 4 percent from a year earlier, while net income, at $145 million, was down from $266 million a year earlier, though much of last year’s profit stemmed from a legal settlement. Sales at stores open at least a year were down 2 percent, in line with industry declines.

Some of the company’s efforts have had success.

Appliances sales, which represent 9 percent of the business, are up 8.2 percent, according to Best Buy’s most recent earnings statement, and the company says appliances have posted gains for the past 15 quarters.

But persuading customers to view Best Buy as an appliance option may take work.

As he lingered in a DVD aisle at the Lincoln Park Best Buy, Doug Jensen, a longtime customer, balked at the idea of buying appliances there.

“You buy appliances at an appliance store,” Jensen said. “I trust them for their electronics expertise.”

Muscling into the high-end market also presents challenges given that specialists, such as Glenview-based Abt Electronics, are broadly trusted as the experts.

Delivering the level of service and product knowledge that high-end customers demand is difficult when it is not a store’s primary focus, said Mike Abt, co-president of the family business. He noted that several retail chains have tried to enter the premium market — Sears with the Great Indoors, Home Depot with Expo — and ended up closing those divisions.

“I commend Best Buy for trying new things, but (premium) is a real hard market. People are real demanding,” Abt said. “It’s hard to treat people right at that level.”

And if Best Buy, which has offered online price-matching since last holiday season, can beat its high-end competitors on price, it could carve itself a place in the market, said Eric Penicka, research associate at Euromonitor International.

“A lot of people do go to those specialty stores to pick out an appliance, but it’s not where they end up buying it,” Penicka said. “If Best Buy can compete on price, it can get those shoppers.”