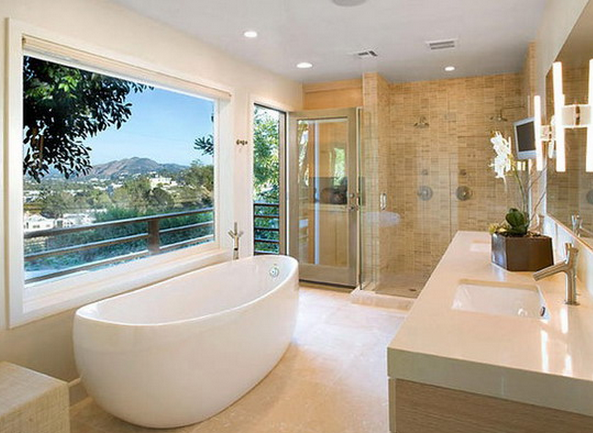 In a contest flush with competition, the bathroom at American Girl Place in Chicago has been named one of the 10 best nationwide.
Cintas Corp., conducting its 13th “America’s Best Restroom” competition, accepted nominations throughout the year for nonresidential bathrooms. The Cincinnati-based company that provides cleaning services and supplies said it judged the facilities based on cleanliness, visual appeal, innovation, functionality and unique design elements.

The loo at the American Girl store at Water Tower Place was picked for its whimsical colors, mirrors and sinks designed for children’s height, and “signature doll holders in each bathroom stall,” according to Cintas.

“A trip to the restroom at American Girl Place in Chicago is as memorable as a walk through the store!” the company said in a news release.

For the uninitiated, the store invites girls and their dolls to take a shopping spree, dine and sip tea together, have the doll’s tresses coiffed at a hair salon, arrange a photo shoot or admit the doll to the hospital for mending.
“When someone comes to our stores, girls and their parents, it’s all about their experience,” said Stephanie Spanos, spokeswoman for American Girl, headquartered in Middleton, Wis.

“We want it to be clean and fun,” Spanos said. The doll holders in the stalls are a customer service, she said, “so a girl will not have to lay her doll on the floor.”

Other restrooms in the top 10 include Bowl Plaza in Lucas, Kan., where the entire facility is shaped like a toilet. Its wall decor is described as “mosaic art at its best.”

The competing bathrooms can be voted on at bestrestroom.com by Oct. 31. The winning restroom gets a deep clean and credit for supplies.

“Obviously, we are thrilled and think it’s a great opportunity,” Spanos said.

Our Beautiful Spokesmodel Counts Down Chicago’s Most Expensive