Things to do in Chicago in April 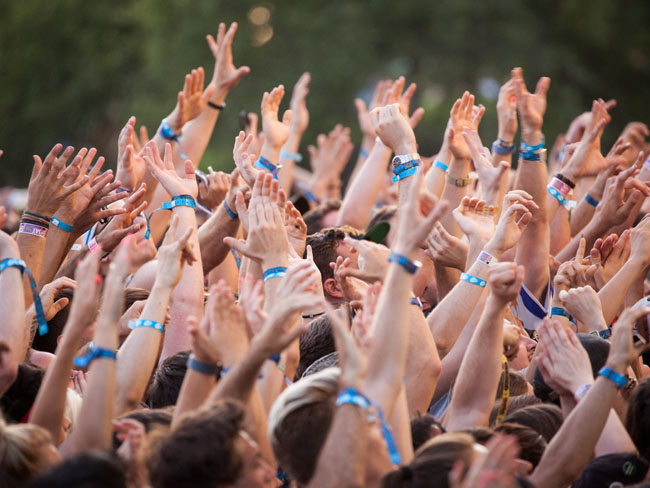 We recommend the best events, festivals, and fun things to do in Chicago, Illinois.

Mileage is from the Wrigley Building in Chicago.

Easter brunch with a view

Easter Brunch includes a buffet, an entree, desserts, and a visit from the Easter Bunny at The Signature Room at the 95th.

Odyssey Cruises offers a brunch cruise with the Easter bunny, and a dinner cruise departing from Navy Pier.

Easter at the zoo

Breakfast with the Bunny is an all-you-can-eat buffet and a visit with the Easter Bunny on March 24, 25, and 31 at Brookfield Zoo. Easter Champagne Brunch is April 1.

Easter in the garden

Enjoy a festive Easter Egg Brunch and bring a basket for the Easter egg hunt at the Chicago Botanic Garden in Glencoe.

Breakfast with the Bunny on Saturday includes a breakfast buffet, the Easter Bunny, face painting, and a balloon artist. The elegant Easter Brunch is Sunday. Both events are at Cantigny Park in Wheaton.

Easter at the arboretum

Enjoy a breakfast buffet or a fine brunch, plus a visit with the Easter Bunny at Morton Arboretum in Lisle.

These discount prices include all taxes and fees.

BluesShout includes weekend workshops and dances with live music that go late into the night.

Wear white and buy brightly colored organic flour for $2 to throw at friends and foes to celebrate Holiand mark the arrival of spring, with music and Indian food for sale at the Grand Pavilion in Naperville.

Zombie lovers unite at Walker Stalker Con for panels, celebrities, vendors, and a costume party at the convention center in Rosemont.

Robots at the museum

Celebrate National Robotics Week by viewing robots on display, interacting with some, hearing talks by robotics professors, and watching a live robotics competition at the Museum of Science and Industry.

Cochon is a stand-up tasting featuring dozens of chef-made dishes plus wine, cocktails, and beer at Hilton Chicago for age 21+.

The $150 Fashion Challenge is a designer runway show that highlights scarves made by African women, followed by a $40 party with drinks and dessert at Chicago Cultural Center. Attend either or both.

Teenagers express themselves and attend workshops at ChiTeen Lit Fest on Saturday at Columbia College Chicago. The Friday night kick-off party is at a nearby library. Free.

Learn how to prevent and manage diabetes at the American Diabetes Association Expo, which has health screenings, cooking demonstrations, experts, and exhibitors at McCormick Place. Free.

Watch modern silent films as a new score is played live at Sound of Silent Film Festival at Davis Theater. The late show is R-rated.

It’s 1928, the world is at peace, and the stock market is booming, but issues of life and death face diverse characters we meet as they share their hopes and dreams in the lobby of the Grand Hotel at Theater Wit.

A ticket to Chicago Cocktail Social gets you premium cocktails made by bartenders from 17 establishments, gourmet food, and live music at Galleria Marchetti.

See hundreds of craft booths at Spring Festival, An Arts & Crafts Affair in the Odeum Expo Center. Children age 10 and younger are free.

International Pop Overthrow (IPO) is a cutting-edge pop and rock music festival based in Los Angeles that brings dozens of the latest bands to The Red Line Tap.

A ticket to Brunch Bites lets you sample brunch food and drink at 8 restaurants in River North for age 21+.

Money Smart Week is a series of classes and activities designed to help you better manage your personal finances. Search for events near your zip code. Free.

The Chicago Palestine Film Festival exhibits and promotes films by Palestinian directors as well as films about Palestine at the Gene Siskel Film Center.

Sample wine plus hors d’oeuvres on the Spring Wine Stroll in the shops of Lincoln Square and Ravenswood. Repeats in Nov.

Questival is a 24-hour race that begins with a check-in party at Brooklyn Boulders. Your team completes the challenges assigned by a smartphone app to win prizes. Video.

One of a Kind Show and Sale features handmade crafts by 300 artists, food, and entertainment at the Merchandise Mart. Repeats in Dec.

Bach Week Festival is a series of three classical music concerts in North Chicago and Evanston.

Learn about children’s celebrations in Japan at Malott Japanese Garden Spring Festival. Listen to koto harps and shakuhachi flutes, hear folktales, and watch a tea ceremony at the Chicago Botanic Garden in Glencoe. Free except parking. Repeats in Aug.

Top 5 Most Unique Chicago Properties on the Market Today