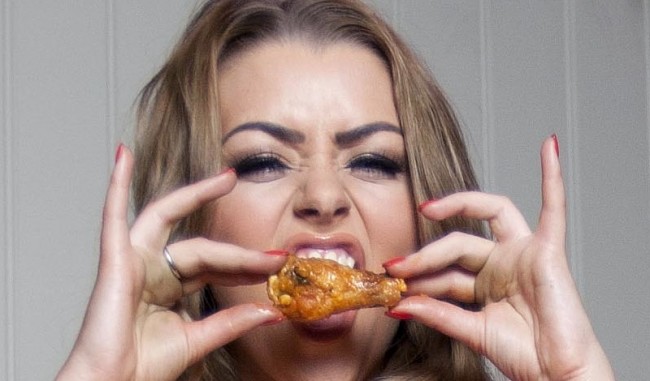 The 7 Best Wings In Chicago

With the Super Bowl right around the corner, now is the time to start stocking up on game day snacks. A favorite football tradition for many is the delicious fried chicken wing. Whether you like it covered in blazing hot sauce, a sweeter BBQ option or argue for team ranch or blue cheese, we’ve got some picks for our favorites around the city.

Put in your order before Feb 2 if you want to make sure you’ll have plenty of wings for the game. We wouldn’t slight you if you decide to head out before and taste test a few options as well. Crisp
Located in a neighborhood littered with gluten-free and all natural options, Crisp is Lakeview’s fried chicken haven. Their Korean style chicken, including the jumbo wings, is available in four variations: Plain Jane (sauce-less), BBQ, Buffalo and the crowd favorite, Seoul Sassy. While I appreciate the fact that you can tailor the already delicious buffalo sauce to your heat preferences, it’s hard to beat that gingery and subtly sweet Seoul Sassy. The jumbo wings are plump and with an addicting golden fried crunch. Those watching their diets can go to town on the Buddha Bowl, loaded with up to 12 veggies and topped with a fried egg. This spot is BYOB, so bring something tasty. — Erika Kubick

Crisp is located at 2940 N Broadway.
Monti’s Restaurant
As a gluten-free eater, wings and bar food are usually off limits for me. Monti’s earned my love and all of my wings budget when the bartender overheard me talking about how I wished I could eat wings and offered to change up the recipe on the fly for me. Normally wings are either battered, dredged in flour, or they are tossed in the fryer with all the other battered food. He offered to have the kitchen whip up a batch to cook in the convection oven instead of the fryer. Magic! Within a few minutes I was watching the Blackhawks while chowing down on some extra spicy gluten-free buffalo wings. The bartender told me anytime I (or now you) come in, just ask for the special gluten-free wings. I fell in love with the plain buffalo with plenty of blue cheese, but a fellow patron told me he stops in every week for the Nuclear wings. If wings aren’t your style, get an authentic Philly Cheesesteak, which are also available on a regular or gluten-free hoagie roll. — Jennifer A. Freeman

Monti’s is located at 4757 N. Talman Ave.
Jake Melnick’s Corner Tap
Don’t laugh but this Streeterville sports bar makes some of the best —and most extreme — wings in Chicago. Stunt eaters and people with cast iron stomachs may not be able to resist the allure of the ghost pepper wings but their regular buffalo wings are arguably the best in Chicago. — Chuck Sudo The Fifty/50
The idea of going into a bar whose primary purpose is to blare loud sporting events from a jillion oversized TVs makes my skin crawl, but the wings here are so plump, juicy and tasty that I will weather the hellish atmosphere to enjoy them. I like to get there early to avoid most of the crowd so I usually end up pairing a huge order of their boneless wonders with a mimosa bucket—I know, it sounds weird but it’s delish—and I get a ton of their spicy garlic sauce on the side to dip the wings in. Start with an 8 piece order your first time but don’t be surprised if you end up ordering two. — Tankboy / Jim Kopeny

The Fifty/50 is located at 2047 W Division St.
Output
In five years, I’ve learned that enjoying chicken wings but not buffalo sauce can be a bit of a problem in this city. While many bars offer decent BBQ or plain fried options, it’s hard to find a truly delicious non-buffalo wing. That’s what I like about Output though. Without sacrificing your dignity for a trip to B-Dubs (that’s bro speak for Buffalo Wild Wings), you can find a fairly impressive array of wing flavors at this West Town sports bar. In addition to traditional spicy options, you can have your wings coated in lemon pepper, teriyaki and roasted garlic BBQ sauces —none of which are half bad. While the ambience of this place won’t blow you away —I recommend stopping by for a plate of wings after work and moving on sooner rather than later —it’s a good, cheap option if your tastebuds can’t take the heat. — Katie Karpowicz Buffalo Joe’s
Buffalo Joe’s became a regular stop for my friends and me 20 years ago, when our newly acquired drivers’ licenses afforded us the chance to explore the cooler parts of the North Shore. All these years later, and their tasty buffalo wings continue to make Buffalo Joe’s a “must-stop” any time we find ourselves in Evanston. Their signature wings come in mild, spicy, suicide as well as BBQ. Wings come in single or double orders —we always go double with half spicy, half suicide. The wings are fried up crispy before being tossed to order in their tangy, buttery sauce. And don’t forget an order of the buffalo chips —what they call their waffle fries. While serving up consumate bar food, Joe’s ambiance is more hot dog stand than bar. But they do serve beer. — Benjy Lipsman

Buffalo Joe’s is located at 812 Clark St., Evanston
Harold’s Chicken Shack
Although quality control may vary by location, overall Harold’s Chicken Shacks across the city make some of the best wings in Chicago. If you want the perfect combination of a crisp, hard-fried skin concealing a juicy, tender meat underneath, you cannot go wrong with some Harold’s wings. They’re perfect to nosh on on their own or slathered in hot sauce or barbecue sauce but, if you want to order them like a pro, confidently approach the counter (or bulletproof glass) and ask for your wings to be “fried hard, hot and mild sauce on the bird.” That is as Chicago as not putting ketchup on a hot dog. — Chuck Sudo

Get the skinny on why Frank Montro is Chicago’s top producing agent!

Su Familia is here for all your first-home needs! 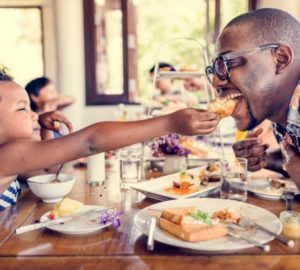 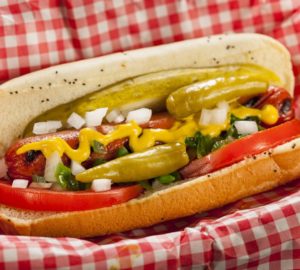 Top 10 Things You Must Eat To Be A True Chicagoan