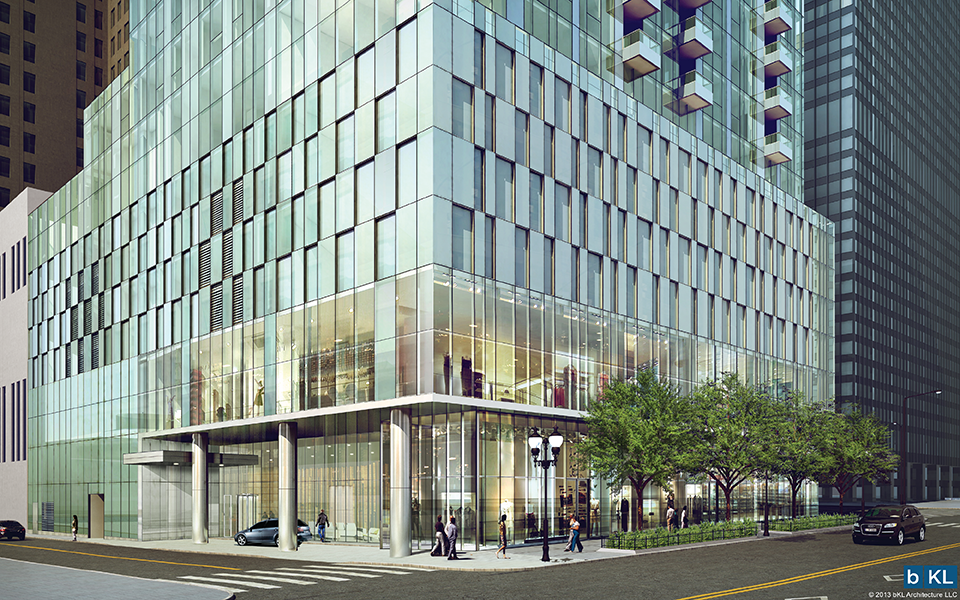 The boom in Chicago’s rental market isn’t slowing down any time soon, and developers are capitalizing on the demand by continuing to build some spectacular high rise rental complexes in the downtown area. Last year, thousands of new apartment units were delivered, and this year is set to be a repeat. Here’s a look at our top six for 2016:

Looking for the best of the best in high rises? Take a tour at Wolf Point West to see one of their 509 apartments starting in the $2,000 range for a studio space. Two more are planned near the site at the confluence of the Chicago River.

Steps away from Navy Pier, this 54-story Streeterville tower recently underwent a major overhaul, and took on the new identity of Atwater Apartments. The updated studios start out at just $1,700.

Short for Michigan and Lake, this 41-story tower has 402 luxury rentals at the location on Michigan Avenue between Millennium Park and the Chicago River. While single bedrooms range from $2,300 to $3,500, corner units can get you upwards of about $5,000.

In terms of units, this project is the biggest to hit the area in decades, with 694 individual spaces. This building is still in construction, but leasing has started at $1,900 for a studio apartment.

It’s no surprise that the SoHo House brought with it these hip new apartment options. Availability is limited, but micro apartments are available at $1,600 per month.

This mixed-use project is another Studio Gang Architects design. The building is anchored by a 50,000-square-foot Whole Foods, with 180 units above starting at $1,800/month.

Have any other hot, new high rise recommendations? Leave us a comment below!