Black Ink Crew: Chicago in our Things To Do in March 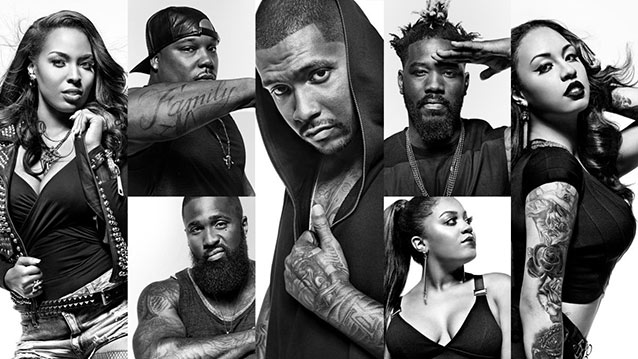 Enjoy the best Chicago events, festivals, and things to do with this calendar of events.

Distance is from the Wrigley Building in downtown Chicago, Illinois.

Chicago Irish Film Festival focuses on films that exemplify the spirit of Irish culture at Logan Theatre and the Society for Arts. Discount tickets $5.

Musical about South Side Chicago

Will two hair salon owners stay in their beloved South side neighborhood or relocate? A Wonder in My Soul sees a neighborhood’s evolution through the eyes of 2 best friends at Victory Gardens. Discount tickets $25.

Based on the 1970s film starring John Travolta, Saturday Night Fever is a coming of age musical set in Brooklyn and packed with Bee Gees disco hits, live at Drury Lane Theatre. Discount tickets $30 to $50.

Love’s Labor’s Lost is a playful romantic comedy about young love with a surprising conclusion where real-life lessons are suddenly revealed at the Courtyard Theater on Navy Pier. Discount tickets $46 to $88.

Woman play all the parts in Henry V, a war story about leadership in the face of adversity at City Lit Theater. Discount tickets $6 to $10.

A Wrinkle in Time is based on a popular book that follows Meg and her friends across the stars and into the heart of a terrible evil to rescue her father from the darkness, at Lifeline Theatre. Discount tickets $20.

Based on actual online-dating conversations, #DateMe: An OKCupid Experiment is a comic mix of original music, improvisation, and multimedia elements at Up Comedy Club. Discount tickets $16.

The Magic Parlour is an evening of close-up magic by an award-winning magician in the beautiful Palmer House Hilton Hotel. Discount tickets $49.

A ticket to The Chicago Beer Festival includes 40 tasting tickets, with live music and food for sale at The Field Museum for age 21+.

A ticket Windy City Brewhaha gets you 15 samples of beer from the brewers at Revel Fulton Market. Discount tickets $32.

Choose from a dozen different jazz performances in Oak Park restaurants during Jazz Thaw, with the option of ordering food. Free.

Oak Forest Fleadh includes a 5K race at 8:30, bikers and walkers on car-free Cicero Avenue at 10 a.m., a family parade at 11 a.m., and Irish pub specials.

These events usually include drink specials and party souvenirs, with no cover charges at multiple bars.

Eugene Onegin is a tragic tale of unrequited love, set in Russia with dramatic music by Tchaikovsky at the Civic Opera House. Discount tickets $78 to $175.

Enjoy the folk music, traditional dance, food, and crafts of Italy at Neighborhoods of the World in the Crystal Gardens at Navy Pier. Free.

Join 5,000 fundraisers who wade into the cold waters of Lake Michigan to support charity at Chicago Polar Plunge at North Avenue Beach, or watch from shore.

Restaurants compete to win the “Best of Fest” award, you get to eat and hear music, and charity benefits at WingFest at UIC Pavilion.

Wear green to the Get Lucky half marathon, 14K, and 7K that begin at Soldier Field Stadium Green and go south along the lake.

The best costumes get prizes at Leprechaun Leap 5K/8K Run, which begins in Lincoln Park and ends with Irish music, entertainment, and refreshments.

Enjoy the folk music, traditional dance, food, and crafts of Lithuania at Neighborhoods of the World in the Crystal Gardens at Navy Pier. Free.

Northwest Side Irish Parade begins at Onahan School and is free. Buy a ticket for the optional after-partyfor dinner and family fun.

South Side Irish Parade is on Western Avenue and goes south from 103rd to 115th Street. Free.

Forever Green is a big event with a DJ, two Irish bands, Trinity Irish Dancers, and beverages at the Chicago Cultural Center for age 21+.

Sports Spectacular is a sports collectibles convention with 300 vendors plus athletes selling autographs at Rosemont convention center. Repeats in Nov.

Your reward for participating in the Shamrock Chicago 5K Beer Run is a three-ounce beer each kilometer and a pint at the finish in Arlington Heights for age 21+.

Enjoy an outdoor pancake breakfast with real maple syrup and see how it’s made in a pioneer sugar camp at Sugar Bush Fair. Includes a puppet show and hayride in Schaumburg.

Enjoy the folk music, traditional dance, food, and crafts of Mexico at Neighborhoods of the World in the Crystal Gardens at Navy Pier. Free.

Filled with swordplay, elaborate costumes, and alien sets, A Princess of Mars transports a Confederate soldier to Mars, where he must take sides in a conflict between the planet’s races, at Berger Park. Discount tickets $10.

Enjoy the folk music, traditional dance, food, and crafts of Greece at Neighborhoods of the World in the Crystal Gardens at Navy Pier. Free.