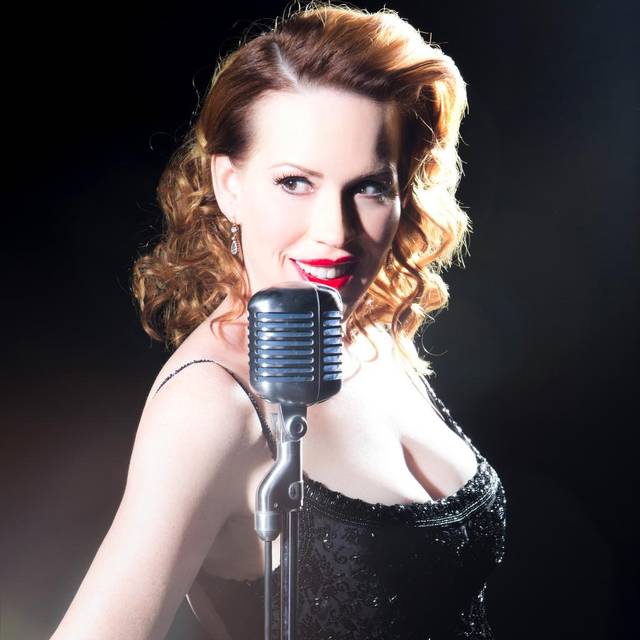 See brand-new documentaries, some of which are followed by discussions with the directors, during Stranger Than Fiction at Gene Siskel Film Center.

Much of the movie “Groundhog Day” was filmed in Woodstock, which is no surprise because their events on Groundhog Days are picture perfect, including the groundhog’s prognostication (weather forecast) at 7:07 a.m. on Feb. 2.

Get a special deal on a fixed-price lunch or dinner at 350 restaurants during Chicago Restaurant Week.

Rhinoceros Theater Festival is billed as Chicago’s longest-running fringe festival at Prop Thtr. Choose from dozens of creative new shows for only $12.

Based on a film with Alec Baldwin and Meg Ryan, Prelude to a Kisstests the love of newlyweds when a mysterious man comes between them at Greenhouse Theater Center. Discount tickets $10.

The Rosenkranz Mysteries is a “truly unusual and immensely likable magic show” [Chicago Tribune] by a local medical doctor who performs tricks and illusions at Royal George Theatre. Discount tickets $25.

Cymbeline is the story of a brave princess: full of comedy, drama, action, and romance, at The Factory Theater on Howard St. Discount tickets $15.

If walls could talk

The Dining Room is a dramatic comedy that paints a vivid portrait of upper-class life in 18 overlapping vignettes set in a dining room at Oil Lamp Theater in Glenview. Discount tickets $18 (student price is less).

Martina McBride (This One’s For the Girls) performs at The Chicago Theatre. Discount tickets $33 to $43.

Based on the film starring Marilyn Monroe, The Seven Year Itch is a play about a young married man tempted by a pretty woman next door at Skokie Theatre. Discount tickets $17.

Based on actual online-dating conversations, #DateMe: An OKCupid Experiment is a comic mix of original music, improvisation, and multimedia elements at Up Comedy Club. Discount tickets $16.

11 Warriors is a mesmerizing program that combines elements of traditional kung fu, ballet, and modern dance at Auditorium Theatre.Discount tickets $40.

Buy, sell, or trade a bike at the Winter Bike Swap, which also offers bike parts, clothing, gear, and representatives from bike groups at Jaks Tap. 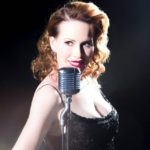 Fable-ous is a modern version of the “Tortoise and the Hare” with surprises around each turn in the footrace and a fortune in merchandise endorsements for the winner at Lifeline Theatre.Discount tickets $9 to $11.

Love Stories is an improvised comedy show based on true stories about love at Under The Gun Theater. Discount tickets $9.

Midwest Independent Film Festival shows films from eight Midwest states the first Tuesday of most months at Landmark’s Century Centre Cinema. February may include a pre-show cocktail reception, a producer’s panel, and a post-screening reception.

Choose from more than 100 plays at affordable prices during Chicago Theatre Week.

Celebrate traditional music from around the world in concerts and workshops at University of Chicago Folk Festival at Mandel Hall, 1131 E 57th St.

Enjoy a Valentine’s dance, party, or craft-making project thanks to the Chicago Park District.

Take your sweetie to Valentine’s Day Dirty Dancing Party for a beginner’s class followed by open dancing, hors d’oeuvres, and BYOB at Duet Dance Studio for age 21+. Only one ticket is required per couple.

The Game’s Afoot is about a Broadway actor who plays Sherlock Holmes on stage and must prove he can solve a real crime when his Christmas dinner guest is murdered, in Cicero. Discount tickets $11.

Bundle up to sample strong winter ales on the rooftop of Rock Bottom Brewery during Polar Beer Festival for age 21+. A warming area will be available.

Valentine’s in Chicago is a formal affair with a three-course dinner, a quartet playing music, and dancing in the Empire Room at the Palmer House Hotel.

Try 150 artisanal ciders from throughout the world during Cider Summit Chicago in the Grand Ballroom at Navy Pier. Bring age 21 ID.

Run in your underwear

Cupid’s Undie Run includes a half-naked run through the streets and a party at John Barleycorn on N. Clark Street to support charity. Must be age 21+.

Your ticket to Screw Cupid Pub Crawl includes drinks and food buffets at five bars, plus a transportation trolley in Lincoln Park for age 21+.

Valentine’s Day at the zoo

See 10,000 blooming orchids on display at the Orchid Show, which has weekend classes, Tuesday morning music, and an Evening with Orchids cocktail tasting on March 16 at Chicago Botanic Garden.

Take an unblushing look at nudity in art on the Naked at the Art Museum Scavenger Hunt at the Art Institute of Chicago. No knowledge of art is required.

Enjoy the folk music, traditional dance, food, and crafts of China atNeighborhoods of the World in the Crystal Gardens at Navy Pier. Free.

The Greatest Pirate Story Never Told is a musical comedy about misfit pirates, with audience input at Athenaeum Theatre for all ages.Discount tickets $14.

Chicago Philharmonic plays music with the theme of “faithful friends and lovers” by Beethoven, Vivaldi, Mendelssohn, and Gluck at North Shore Center for the Performing Arts in Skokie. Discount tickets $25.

Check out 400 recreational vehicles and shop from 20 dealers at theChicago RV & Camping Show at the Rosemont convention center.

Whiskey & Wine Festival (formerly Whiskey Wine and Moonshine) is a whiskey and wine tasting event at Joe’s Bar for age 21+.

You get a T-shirt to wear and collect Mardi gras beads from bars at the annual BeadQuest in Wrigleyville.

Second City’s Improv All-Stars delivers an hour of hilarious improvised comedy with plenty of audience interaction at Up Comedy Club. The show begins at 15 minutes after midnight. Discount tickets $10.

Enjoy the folk music, traditional dance, food, and crafts of Poland atNeighborhoods of the World in the Crystal Gardens at Navy Pier.

Carmen is Bizet’s classic opera about a hot-tempered Spanish gypsy woman who seduces a corporal, at the Civic Opera House. Discount tickets $78 to $153.

Some of a Thousand Words features Wendy Whelan of New York City Ballet and choreographer Brian Brooks, dancing solos and duets full of elegance and electricity with music by a string quartet at Harris Theater in Millennium Park. Discount tickets $14.

Mix and mingle, visit the bar, eat appetizers, and dance to a Brazilian band at After Dark in the Modern Wing of the Art Institute of Chicago for age 21+.

Party for a cause

Hit balls with this year’s new clubs, take one-on-one full swing and putting lessons from pros, hear presentations, and shop for gear at the Chicago Golf Show at the Rosemont convention center.

The New Orleans style Mardi Gras Bash at Chicago Cultural Center for age 21+ has a different theme every year. Requires advance ticket and costume or mask. Food and drink included.

See birds of prey and wolves, hear folk music and a storyteller, walk on snowshoes (if there’s snow), make a craft, and have cocoa (while it lasts) at Polar Adventure Days. Free except parking.

A ticket to Frost Fest Craft Beer Festival includes 15 samples of 3 ounces from 41 local brewers in a heated tent, plus live music, dancing, and food trucks at Halsted and Waveland. Discount tickets $49 for two.

Dance until 2:30 a.m. to Brazilian music and watch dancers in colorful costumes perform at Carnaval by Chicago Samba at Logan Square Auditorium.

Enjoy the folk music, traditional dance, food, and crafts of Brazil atNeighborhoods of the World in the Crystal Gardens at Navy Pier. Free.

Connect with 75 organizations that need your help at Chicago Volunteer Expo in the Peggy Notebaert Nature Museum. Free.

Your ticket to Darkside includes 40 ounces of dark beer from a dozen breweries, with BBQ for sale at Emporium Arcade Bar.