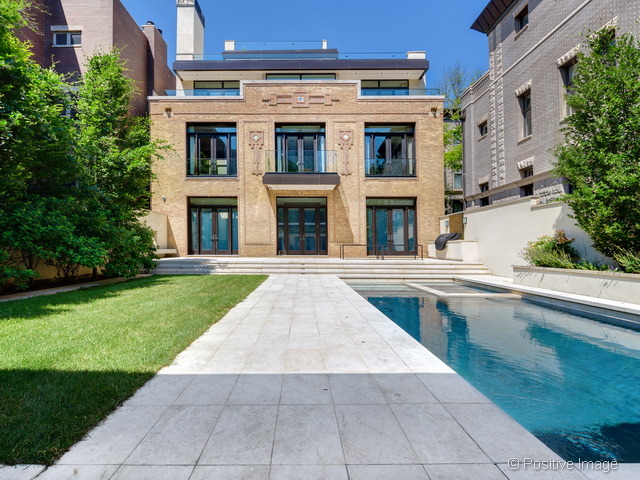 Our friends at curbed did all the work for us. Here you go!

The 10 most expensive Chicago homes for sale right now

There’s no shortage of luxury homes for sale in Chicago at the moment, but the ultra-lux offerings available right now are some of the priciest we’ve seen in Chicago in years. The ten most expensive homes listed on the market in Chicago right now are all priced at $10 million or more—certainly a leap from where the high-end market was around this same time last year. Homes in this price range don’t move very quickly, and often times a price cut or two is required to lure serious buyers. Here’s a look at the ten most expensive residential listings on the market in Chicago right now.

This 25,000-square-foot mansion on Lincoln Park’s pricey Burling Street made a huge splash in Decemberwhen it listed at $50 million—the steepest asking price for a property ever witnessed in Chicago. The owners claim to have paid up to $65 million in building the home but spend more time in Florida and are looking to ditch it. Considering that the seven lots that the mansion stands on set the owners back $12.5 million in 2005, there’s no denying that this was an expensive one to build.

This historic 12,000-square-foot mansion in the heart of the Gold Coast has been one of the priciest for-sale properties in Chicago since it listed for $17 million in September 2015. It has since come down in priceby several million dollars but still remains the city’s second most expensive home for sale. The mansion is owned and occupied by the International College of Surgeons and does currently have a little bit of an institutional feel. However, the finely handcrafted and ornate finishes are what make this residence truly special.

The upcoming No. 9 Walton condo tower is one of the priciest new buildings to be constructed in Chicago in years. Back in August 2015 when the first construction permits were issued, available units in the building were asking anywhere between $1.95 million up to $12.5 million. According to the listing agent for this particular unit, much of the building (they say 90%) is already sold. Work continues on the building and the pricey new residences are expected to be completed by April 2018.

This unit located on the 87th floor of the Trump Tower offers some seriously incredible views of the city. And at 6,850 square feet it’s quite spacious as well. The unit’s floor plan is unique in the sense that it allows the penthouse to wrap around the building, offering skyline views in all directions. And to top it off, the deal includes a five-car garage in the building as well.

When this Gold Coast mansion first listed in June 2015 with a price tag of $14.5 million in June 2015, it became the city’s third most expensive for-sale property. However, it has since lowered the ask by $2 million and currently takes five place. The home spans over 9,000 square feet and features a spacious private rooftop deck.

This unit at Chicago’s pricey Waldorf Astoria is described as “one of the last premier boutique full-floors at the top” by the listing agent. And as it suggests, this unit occupies the entire 58th floor of the building. There are no interior images, but the photos offer an idea of the views one should expect if they are willing and able to drop over twelve million bucks on this residence. And being a full-floor unit, the penthouse’s occupants get a 360 degree look at Chicago.

Certainly one of the more visually interesting luxury homes in Chicago, this 15,000-square-foot mansion was built using the facade of a former electrical substation. The interior finishes are light and airy while the exterior features a pool and pool house. There’s also a rooftop terrace space offering some really neat views of the downtown skyline. While it’s certainly a unique home, it’s been on the market since November 2014, when it listed for $13.9 million.

This 60th floor penthouse unit at the Park Hyatt features both high design and sweeping views of the city. The space was finished by interior designer Scott Himmel and focuses on earthy materials and colors. The 4,000-square-foot unit boasts high-end appliances and heaps of custom millwork.

This two-level Lake Shore Drive co-op made a big splash in the Chicago real estate market when it listedfor $13.5 million nearly a year ago, however it is now seeking three million dollars less. The residence certainly has an old money look and feel to it, and it’s not by coincidence. The two-level unit had previously been owned by Chicago’s renowned Wrigley family for two generations.

This full-floor penthouse space on the 39th floor of the Ritz-Carlton is up for grabs, but it’ll set you back a cool $10 million. The space has been on the market for quite some time, originally listing back in 2014with an $11.2 million price tag. One thing that is worthy of note is that it features nearly 900 square feet of outside terrace space—outdoor space with spectacular views of the city. 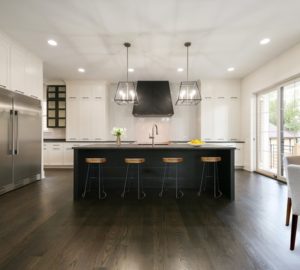 Top 10 Homes For Sale In Elmhurst