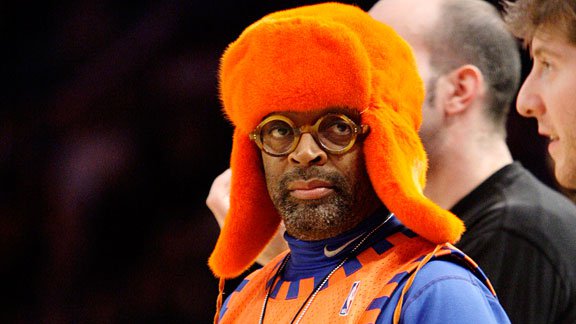 Spike Lee is at it again!

This time in Chicago.

We are all fans of director Spike Lee but some people aren’t so happy about his new film titled ‘Chiraq.’

The film highlights Chicago gun violence and let’s admit it, Chicago could use all the help in the violence category.

But why are people so upset with Spike Lee? Chicagoan’s aren’t in to the title ‘Chiraq’ because it portrays a negative slang towards the city. Rappers often use the term “Chiraq” to compare the city’s crime rates to an Iraqi warzone.

Makes sense, right? The film, which is to show viewers that it’s like to live in the Chicago Englewood neighborhood, has caught the attention of the city’s alderman William Burns and Mayor Rahm Emanuel. Burns and Emanuel are against the title, as well.

Emanuel met with Spike Lee at City Hall to discuss the filming in Chicago. “He said that while the movie is about the neighborhood of Englewood, I was clear that I was not happy about the title,” Emanuel said. “I told him also that there are very good people that live in Englewood who are raising their family and there’s a lot of positive things that are happening in Englewood mainly driven by the people that make up Englewood.”

Burns added that the film’s title is a “slap in the face” to residents who pay their taxes and work to clean up the city’s negative image.

There’s no word on the films name change. Spike Lee is currently looking for extras to star in the film. Producers are looking for kids, teens and adults to work on the upcoming film. You can find out more information on the casting call here.

‘Chiraq’ will be filmed for Amazon Prime.