Whether you know the brand or not, we are sure you’ve noticed the construction across from Water Tower Place on Chicago’s Magnificent Mile.  For the past year, a massive 60,000 square-foot, 3-story space at 830 N Michigan Ave has been transforming from former Filene’s Basement into the new home for UNIQLO.  For those of you who aren’t aware: one, we’re sorry and two, UNIQLO is a Japanese based fashion powerhouse with over 1,600 stores in 16 global markets.  If H&M and The Gap had a baby, its name would be UNIQLO.  The opening of the Chicago store will be the first in the Midwest, and the 2nd largest store in America.  Featuring a Starbucks, a mobile app with store map and pop-up discounts which will only appear when you’re inside the store and a sprawling elevator, which takes 85 seconds to ride top to bottom, this store is sure to wow.  Not sold?  UNIQLO is offering huge opening weekend incentives, including giveaways, concerts and train takeovers!  Check out their site dedicated to the occasion here: Hello Chicago!  In the spirit of the opening, we’ve compiled a list of top 5 facts you need to know about UNIQLO.  You can thank us later.

1) What’s In A Name? UNIQLO’s name was made by combining the words “unique” & “clothing.” …something seem off to you?  You’re not alone.  The name was supposed to be spelled “UNICLO” but a clerical error resulted in the brand being registered under “UNIQLO.” Those of you who have ever had to change your name at the DMV know what a hassle that is, UNIQLO said “no thanks” and kept its spelling ever since.

2) Forbes: Japan Edition. UNIQLO’s founder Tadashi Yanai is the richest person in Japan, with a net worth of $17.8 billion dollars.

3) Runs Small. When UNIQLO first opened in the U.S. they sized their clothing to fit an American market (reads: they sized up) but later shipped the slimmed-down sizes from Japan once they realized that those clothes were more successful in the urban U.S. markets.

4) Tailor-Made.  You can get any pair of $20 or more jeans tailored at any UNIQLO store.  Free of charge. 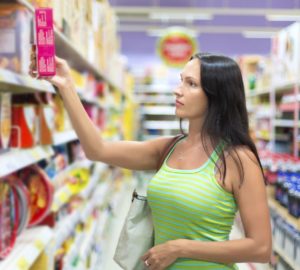