Chicago Board of Trade Building Is Getting A Beautiful Rooftop Terrace 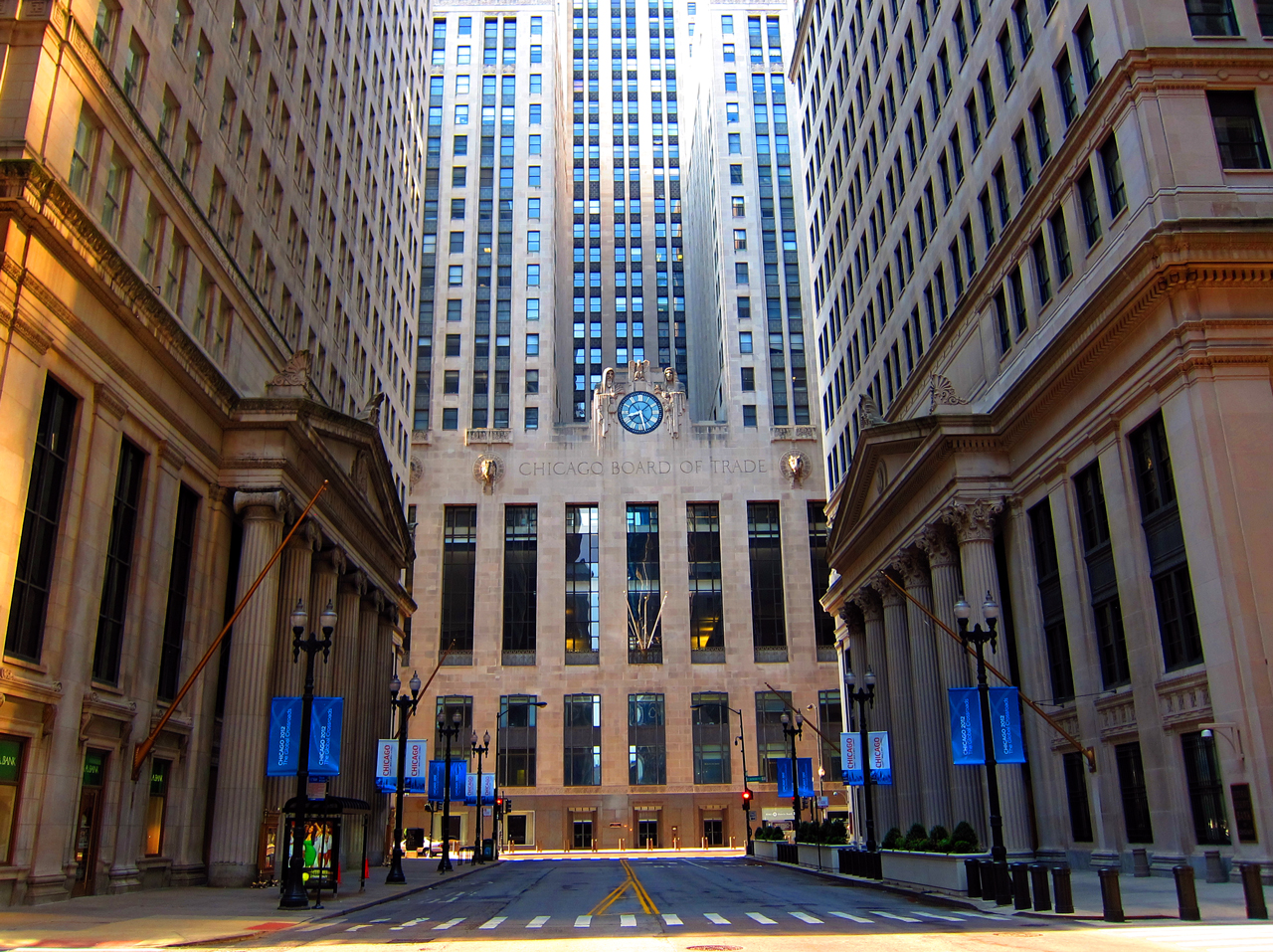 The iconic Art Deco building that houses the Chicago Board of Trade is about to get a big upgrade: a new rooftop deck. Commercial tenants want amenities and having a rooftop space in the Loop has become almost a standard checklist item that businesses are looking for when shopping around for space. According to GlenStar Properties, the owner of the CBOT Building, the new rooftop space will span 4,300 square feet and will be able to accommodate 150 people. There’ll also be some contemporary touches, including a 20 foot water wall and a full bar. Now that the CBOT’s trading pits are closed, the famous futures pit could soon become the Loop’s next greatest office space.

About the Chicago Board of Trade:

“The Chicago Board of Trade (also CBOT, CBT) was founded on April 3, 1848 by 82 Chicago merchants and business leaders in a flour store attic, and continues today as the world’s oldest commodities exchange. The Board of Trade has been entwined with Chicago politics from its inception; seven of the first 20 mayors of Chicago were founding members. The actions of the founding members not only solidified the infrastructure of Chicago and launched commodity trading in America, it also set precedents for developing trading practices and relationships with boards of trade and chambers of commerce around the US and internationally. Thus, their history is intertwined with Chicago history but also with the history of commodities trading. The members played a part in nationwide historical events as well. In 1860, the Board of Trade Battery regiment was formed as President Lincoln issued a call for able men to fight in the Civil War.” More here.

Check Out These Bathrooms On Steroids!

The 7 Hottest Concerts in Chicago This Summer