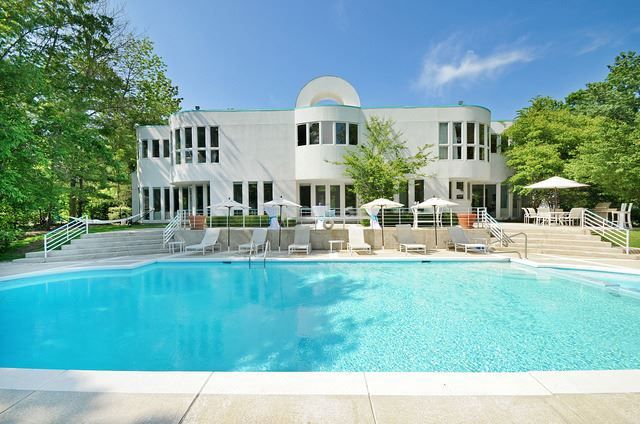 To Chicagoans scrambling to catch a bus at Belmont Avenue and Sheridan Road, the statue of a man on a horse probably fades into the urban blur of their daily commute. The busy corner doesn’t lend itself to pondering questions at the intersection of art and history. Like why the name on the statue, “Sheridan,” is also that of the nearby street. Or why Sheridan Road runs 20 miles north to the former site of Fort Sheridan, a military base set amid the bucolic North Shore suburbs that closed in 1993.

1864: Gripping report of the battle
1864: Gripping report of the battle
Clearly Gen. Philip Sheridan was a favorite of the movers and shakers who hand out such honors. A hero of the Civil War, he afterward fought in the Indian wars to open the Great Plains to white settlers. He may not have said the callous aphorism with which he is credited — “The only good Indian is a dead Indian” — but it does reflect the way he went about the task. He also appreciated the West’s natural beauty and made the establishment of Yellowstone National Park a personal crusade.

Yet why was he so richly honored here, a city where he lived for only about a decade? Perhaps it is because in the eyes of many contemporary Chicagoans, he was the city’s savior — thrice over.

Illinois didn’t lack for homegrown heroes from the Civil War. Gen. John Logan, who also served with distinction, went on to be a congressman and senator from Illinois. When the Army needed to name a new fort north of Chicago, Logan seemed to be the natural choice.

As the Tribune of Feb. 19, 1888, noted, the naming of the fort after Sheridan surprised him: “He had favored naming the post after Gen. Logan.” Possibly Sheridan got the nod because the land for the fort was donated by the Commercial Club, a group of Chicago businessmen who not only admired Sheridan for his military exploits but also considered the city indebted to him for his efforts during the Great Chicago Fire of 1871 and the politically stormy decades that followed.

When the Commercial Club sponsored a farewell banquet for Sheridan in 1883, one speaker predicted: “Chicago can never forget Gen. Sheridan.”

As military commander of the Great Plains, Sheridan was headquartered in Chicago at the time of the great fire, and it was at this time he “saved” the city not once, but three times. First, in October 1871, as the Great Chicago Fire spread, the flames initially traveled away from Sheridan’s home on South Michigan Avenue, consuming the city’s center and the North Side. But as the inferno grew, creating a massive firestorm that threatened the South Side, Sheridan raced around blowing up buildings in the fire’s path, denying it fuel. Simultaneously, he had to battle for the necessary dynamite with others who had the same idea but didn’t concede that a general probably knew more about explosives.

“Nor was that all,” the 1883 banquet speaker added. “Once more in 1877 when the Communist riots (so destructive in other places) threatened Chicago, the General, by making a rapid journey of 1,000 miles, by appearing quickly upon the scene, and by his wise and decisive action, rescued us for a third time from what might have been a public misfortune of no ordinary kind.”

That year, a wave of strikes, some violent, rolled across the nation. Fiery orators took to the soapboxes of Chicago. Thirteen were killed over several days before the disturbances were quelled, in part because of the timely arrival of two companies of troops from the campaign against the Native Americans in the West.

cComments
@PeterBella And neither was slavery or lynching, right? Just because everyone at that time (oops sorry not everyone but white settlers) thought is was okay therefore it was okay? Are you serious?
TAYPARKNEWS
AT 9:33 AM DECEMBER 15, 2014
ADD A COMMENTSEE ALL COMMENTS
8

Sheridan had a penchant for galloping to the scene of a potential disaster to snatch victory from the jaws of defeat. The statue at Sheridan and Belmont depicts Sheridan at the battle of Cedar Creek, Va., rallying his panicked soldiers. “Face the other way, men!” Sheridan repeatedly told them, according to the Tribune. “We’re going back to our camp. I’ll sleep in my own camp tonight or I’ll sleep in hell!” Sheridan had been away from his troops, conferring with his superiors in Washington, and heard the sounds of battle as he was returning via Winchester, Va. Then came band after band of terrified soldiers fleeing what surely seemed like a lost battle. Had not Sheridan persuaded them to give it one more try, the Rebels could have advanced on the Union capital. Instead, Sheridan’s victory helped seal the Condederacy’s fate and made the reputation of the diminutive Sheridan as one of America’s legendary generals.