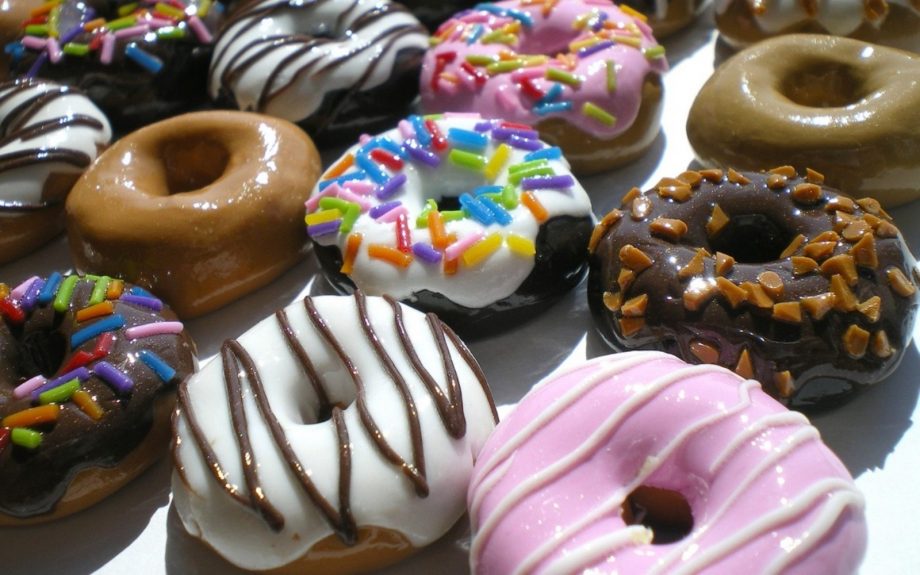 Maple Bacon and Pretzel Doughnuts from Bridgeport Bakery
One of these doughnuts is shaped to be kid-friendly, the other is made for the kid in you. Bridgeport Bakery’s pretzel doughnuts are light and airy creations topped with a chocolate or vanilla glaze and are probably more fun to eat than actual pretzels. Their maple bacon doughnuts are proof the biggest culinary trend of 2008 still persists today. These doughnuts are already heavy hitters and that’s before adding a maple glaze and topped with enough bites of bacon to cause cardiac arrest simply looking at it. But you have to be an early bird to grab these as they sell out quickly every day. –Chuck Sudo

Bridgeport Bakery is located at 2907 S. Archer Ave. these doughnuts may also be purchased during the week at Jackalope Coffee & Tea, 755 W. 32nd St.
Paczki from Delightful Pastries
There are plenty of places to get the Polish spin on doughnuts across Chicago but only Delightful Pastries produces consistently solid paczki year-round. Here they’re filled with your choice of plum or raspberry jelly, or custard. They’re light, golden brown in color and absolute perfection. –Chuck Sudo 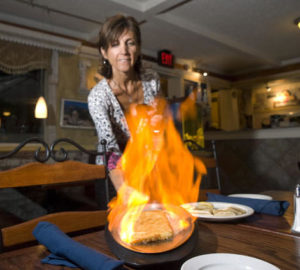 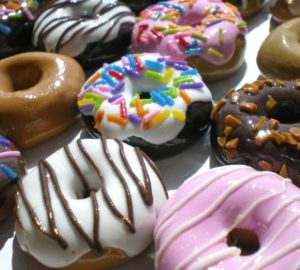