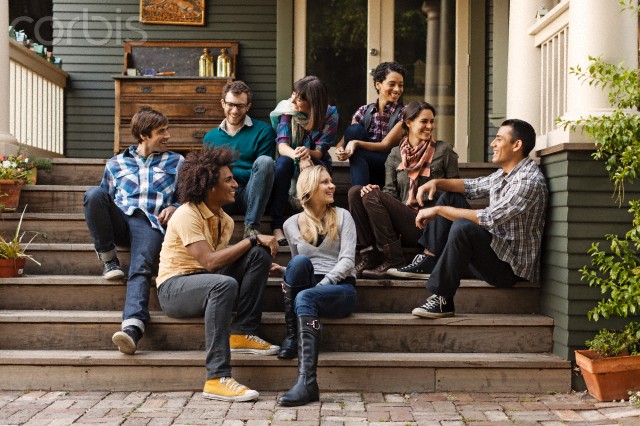 The nearby suburb of Oak Park is very well known for its inventory of homes designed by master architect Frank LLoyd Wright as the city hosts the world’s largest collection of Wright designed homes. And in its collection, Oak Park has homes from all phases of Wright’s career – from the so-called “bootleg” homeshe designed while still employed by Adler & Sullivan to his Prairie style masterpieces that would garner him international acclaim. This particular home, the Francis J. Woolley House, was built in 1893 and represents a transitional period for Wright. Designed in the Queen Anne style, this home is one of several Wright bootleg houses in Oak Park. The home was clearly renovated at some point, and the listing mentions that the second and third floors have recently received new windows and hardwood flooring. It does however still sport some lovely art glass windows. This six bedroom, four bathroom Wright home first listed in 2009 for $1.15 million. Later in 2011, the home returned to the marketwith an ask of $989,000. It has just relisted today with a slightly higher ask of$1.199 million.

Frank Lloyd Wright’s Francis J. Woolley House in Oak Park has been spared the miserable fate that many other Chicago-area Wright homes have had to endure, as it has found a buyer in just five days after being listed. It’s not uncommon for Wright homes in the greater Chicagoland area to languish on the market for months, or even years. And more often than not, the landmark homes need a lot of attention, requiring a considerable amount of time and resources to get them to a point where they are livable. However, the Woolley House was move-in ready and did not appear to need substantial renovations. Located in Oak Park, the home is considered one of Wright’s “bootleg” homes, which were commissions that Wright took under the table while still employed by Adler & Sullivan. It listed last Wednesday for $1.199 million dollars and found a buyer over the weekend as the listing was updated this morning to reflect its change in status.