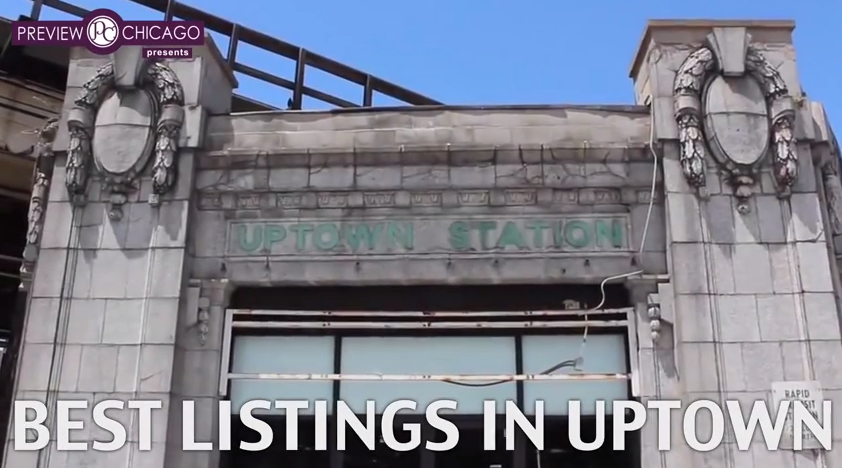 Chicago-based Cedar Street bought the 12-story building at 1020 W. Lawrence Ave. from a venture managed by Hodo and Sam Menetti that has owned the property since 2000, according to property records. Cedar Street, which has beenscooping up distressed residential properties on Chicago’s North Side, plans to spend an additional $14 million renovating the building, which will serve as the flagship location for the firm’sFlats Chicago brand, said co-founders Jay Michael and Alex Samoylovich.

“We see a lot of single people that are moving into the city that want great housing,” Mr. Michael said, adding that Uptown’s “grit” and diversity, reminiscent of New York’s Brooklyn borough, help the neighborhood appeal to a younger demographic. “We’re not gentrifiers as much as we are Brooklynizers.”

Lawrence House, at the intersection of Kenmore and Lawrence avenues and home to some 190 tenants, has indeed become synonymous with grit in recent years — albeit of a different kind. Originally an upscale apartment hotel, the property has received more than 100 building code violations, prompting some residents, many of whom require affordable or supportive housing, to complain about living conditions, according to Ald. James Cappleman (46th).

Cedar Street plans to begin construction in about nine to 12 months, with leasing slated for fall 2015, Mr. Michael said. The property will have about 350 apartments, with rents ranging from $800 for a studio to $2,000 to $3,000 for a three-bedroom unit, he said.

Cedar Street already has secured its first commercial tenant, Heritage Outpost, which will occupy a 1,200-square-foot space adjacent to the lobby. The store, a satellite location of Heritage Bicycles General Store in Lakeview, will serve some food items, as well as craft beers and Stumptown Coffee, said owner Michael Salvatore. Heritage also will offer bicycle merchandise and services, along with a bike-sharing program exclusive to Flats tenants.

POOL TO BE RESTORED

As with the other seven Flats locations, the building will offer a mix of hotel-like amenities, including a 6,000-square-foot fitness center and 2,500-square-foot library area. Cedar Street also will restore an indoor pool that hasn’t been used since the 1930s.

The construction timeline will give existing tenants in the building, which has been under the control of a court-appointed receiver, time to move, Mr. Michael said. Cedar Street established an in-house “transitions team” about a year and a half ago to help tenants in buildings like Lawrence House find new homes.

Among the Lawrence House tenants facing relocation is Gerry Sabina, a former pet care specialist who’s on disability. Mr. Sabina, 63, said he moved to the building from the South Side about 10½ months ago and pays $600 a month for his one-bedroom unit.

He would prefer the property to remain affordable to low-income tenants and said the lack of information about its future has been particularly frustrating.

Mary Lynch-Dungy, a community organizer at Organization of the NorthEast who has worked with Lawrence House tenants, said she was disappointed that the redevelopment will not include units specifically for low-income residents. Earlier this year, the organization picketed outside Mr. Michael’s Gold Coast home, demanding affordable units be included in Flats buildings, according to a report from DNAinfo Chicago.

Mr. Michael said he was not home at the time and is unwilling to meet with the group until it apologizes.

Completed in 1929, Lawrence House was designed by Chicago architects Ralph D. Huszagh and Boyd Hill as a luxury apartment hotel, according to a description from MacRostie Historic Advisors LLC. The property, which is said to have once counted Charlie Chaplin as a tenant, has been tied up in litigation since early 2012, when Akron, Ohio-based FirstMerit Bank N.A. filed to foreclose on it and other buildings owned by the Menetti family.

A FirstMerit lawyer declined to comment. Efforts to reach members of the Menetti family, whichput the building on the market last year, were unsuccessful, and their lawyer did not return messages yesterday. They once sought $19 million for the property.

The building will be the eighth Flats location in Chicago, Mr. Michael said. The nearly 1,500 Flats units in the city make up about half of Cedar Street’s apartment portfolio.

“It’s a building that the residents of the 46th Ward have grown to love and appreciate,” Mr. Cappleman said. “We were seeing this building head to demolition court and Flats Chicago rescued it.”

The MSGroup has our #1 in “Newly Constructed Homes in Chicago”