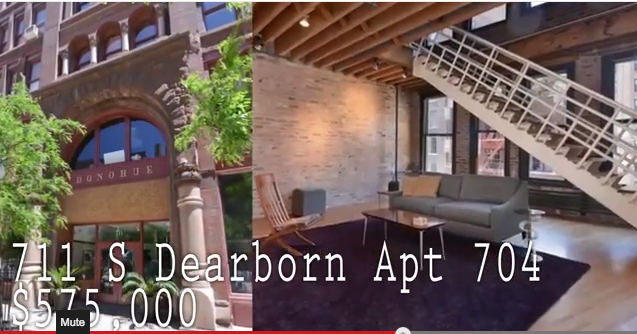 Look for for homes in Printer’s Row by using the search tab on the home page. Also, according to Chicago Traveler, here is a guide:

Among Chicagoans, Printer’s Row has acquired some measure of fame in past years. The area has a reputation for being eclectic and interesting, artistic and tightly-woven. Upon visiting this autonomous little haven, it becomes immediately clear that its reputation is well-deserved.

Printer’s Row is one of Chicago’s relatively newer residential neighborhoods, and yet it boasts a long history in this city. In the late nineteenth century the area was once home toChicago’s printing and publishing industry, as well as the city’s main passenger train hub, Dearborn Street Station.

Dearborn Station, located at the southern end of Chicago Printer’s Row, is a landmark of this neighborhood. Opened in 1885, the station was the primary departure point for passenger trains to the West. The Santa Fe Railway operated through this station, running several trains daily from Chicago to Los Angeles. During the 1920’s, 30’s and 40’s, celebrities were spotted riding these trains on an almost daily basis.

Dearborn Station was also once the point of arrival for thousands of immigrants to the city. For many Chicagoans, the station is part of their family’s history. In the 1980’s, the station was converted into retail and office space, but it still serves a reminder of the area’s history.

Named for its origin as the heart of Chicago’s printing and publishing industry, Printer’s Row hosted several businesses of this kind in the late nineteenth and early twentieth centuries. The remnants of these businesses can still be seen around the area; buildings are still known by their original publishing house names, and many even have original signage.

Today, Printer’s Row Chicago retains its connection to its literary history with an Annual Book Fair, held each June. Started in 1984, this Printer’s Row festival draws booksellers and readers from all over the city and surrounding suburbs. Hundreds of stalls span both Dearborn and Harrison, and almost any book in any edition can be found. The Book Fair offers rare editions, cheap hardcover and paperback, finely bound books, etc; whatever your interest, it can be found here in good supply. Even music lovers can find interesting and eclectic albums at the Book Fair. Also featured at the Book Fair are a number of guest speakers, including various authors and poets.