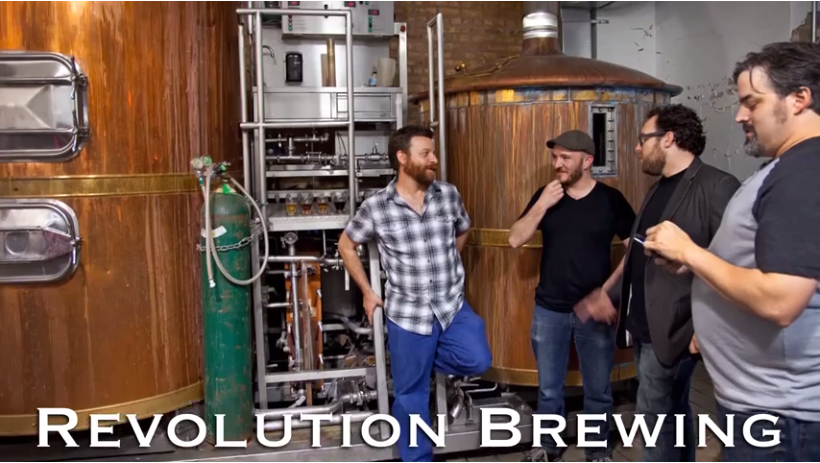 Here is The Chicago Traveler’s picks for the best local breweries in Chicago:

Located at 1661 Quincy Avenue in Naperville, Solemn Oath Brewery offers consumers a varied lineup of American, Belgo-American, traditional, wood-aged, and experimental beers. Their choices are often changing so be sure to ask what they are currently featuring.

At Three Floyds in Munster, Indiana, customers can try one of their year-round or seasonal beers. There’s also a full service kitchen with some great food. Floyds, also referred to as “FFF” makes some beers listed in the top faves of Beer Advocate, including Zombie Dust.

One of the most popular breweries in Chicago, Goose Island offers a selection of over 50 beers. There are two locations in the Windy City, one in the heart of Lincoln Park and the other in Wrigleyville.

Argus Brewery has what they call the “Chicago Attitude.” You can visit them at 11314 S. Front Avenue on the south side of Chicago.

They offer a number of different beers, including Hop Slayer, Hefty Weiss, Centenniale Blonde, and Pumpkin Ale. You can also schedule a tour to see the magic.

Located in Valparaiso, Indiana, they offer over 20 beer choices to go along with their wonderful food to make your trip worthwhile. They recently opened a tasting room in downtown Valpo. Figure Eight makes beers that push the limits – appealing to hopheads from miles around.

Located in northwest Indiana, Crown Brewing is open seven days a week, offering a variety of beers. They like to try new recipes but always make sure there are regular favorites on tap. Crown Brewing is located in Crown Point, just off the square – next to the same jail that John Dillinger escaped from. Try the Crown Brown or for a hoppy side of you, try their Special Forces IPA.

If you’re looking for an old-fashioned tavern, this is the place to go. All of their beers are freshly brewed and unfiltered giving that full, smooth flavor.

For more about the best local breweries, read more…