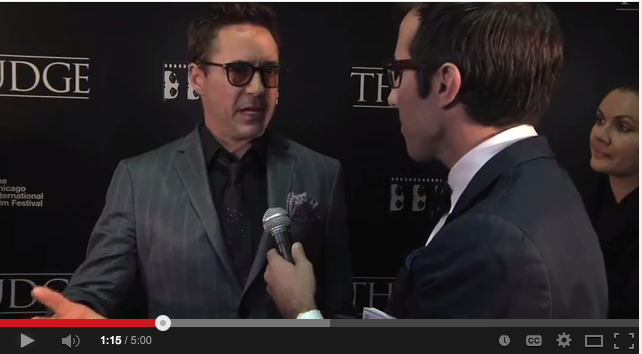 Social Chicago Host Jeff Conway interviews Robert Downey Jr. during his visit in Chicago at the 50th Anniversary of the Chicago International Film Festival, while promoting his new film ‘The Judge’, in theaters nationwide October 10, 2014. Beyond the film, Jeff & Robert discuss what Marvel fans can expect from ‘Avengers 2: Age of Ultron’ and his reaction to Vanity Fair cover revealing he’s the highest-paid actor in the world. Jeff also surprises Robert with a special Northwestern gift for his new daughter.

Special thanks to Allied Integrated Marketing

WOW: What A Dramatic Shot with VIDEO